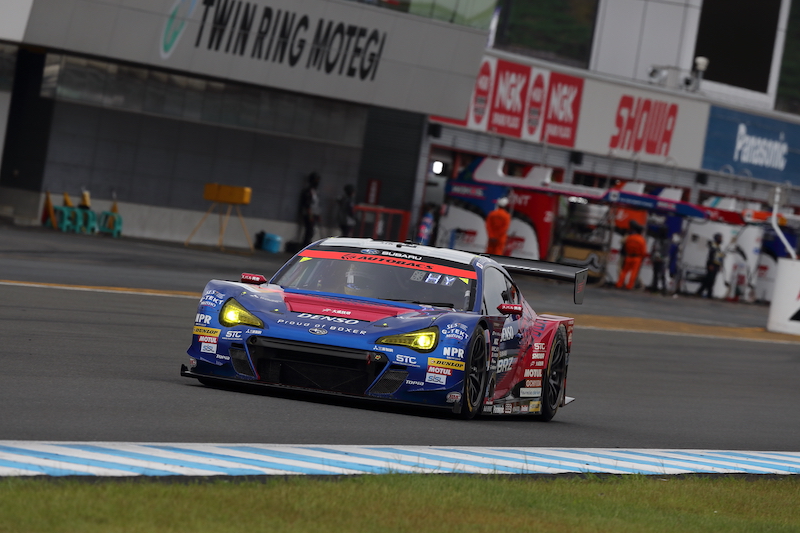 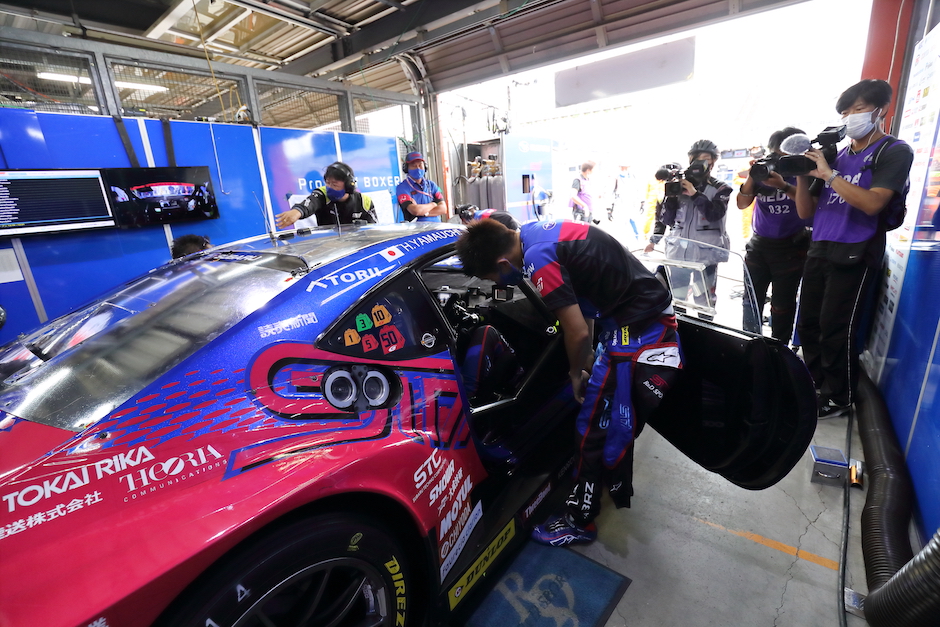 The final race of the 4th round of the SUPER GT series "FUJIMAKI GROUP MOTEGI GT 300km RACE" was held on September 13th (Sun) at Twin Ring Motegi in Tochigi Prefecture.

Until the day before, it was a difficult situation such as setting up the machine and selecting tires due to unstable weather such as light rain and thunderstorm, but it was fine in the morning of the final and it became cloudy at the start of the afternoon, but there was no rain and the temperature was 27 degrees. The race started with a road surface temperature of 34 degrees Celsius.

Each car will have a 20-minute warm-up run towards the final. However, the SUBARU BRZ GT300 had a problem that the engine did not start. The mechanic worked hard to recover and I was able to make it in time for the final race, but I was a little worried. 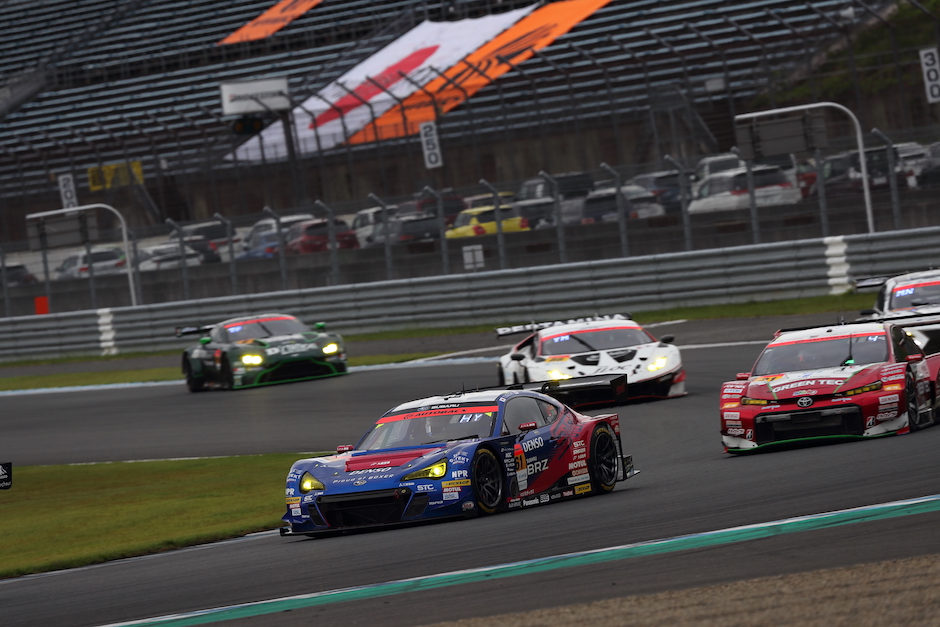 Director Shibuya
"I checked every possible cause, replaced the parts related to the start, and managed to make it in time for the start, but I am sorry that such a problem occurred. The

Hideki Yamauchi will start from 4th place in qualifying. Yamauchi, who continues to produce results with the start dash, will again pass one car on the opening lap and move up to 3rd place. 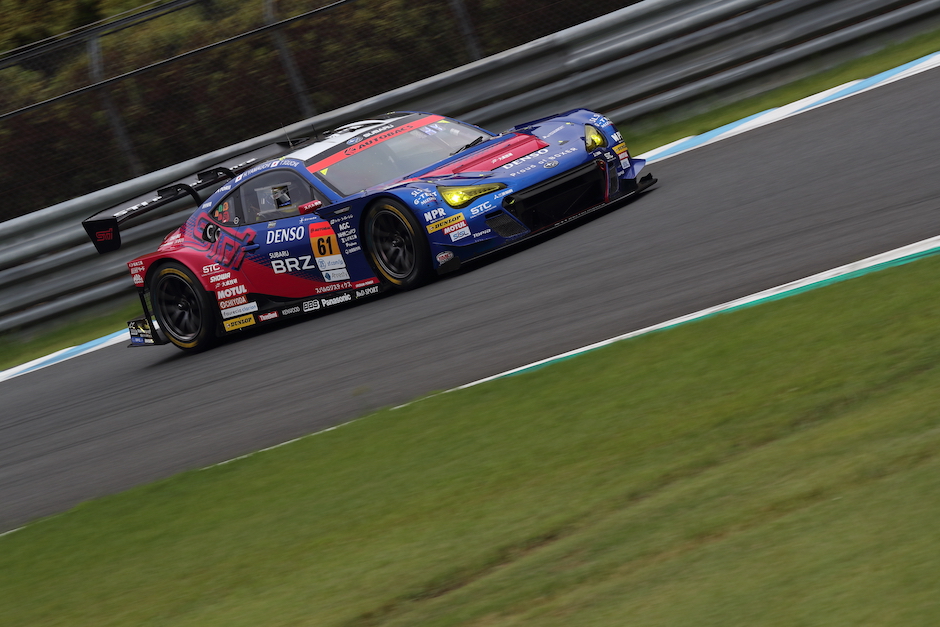 Hideki Yamauchi
"The mechanic worked hard to deal with the troubles in the morning, so I wanted to raise the ranking as much as possible with the intention of giving back, so I was aiming for it. I was able to do it. After that, I kept the ranking just by connecting to Iguchi. ”

Yamauchi made a pit stop on lap 29 and was replaced by Takuto Iguchi. The team chooses to replace only two rears, and the front is a non-replacement strategy. When Iguchi returned to the track, he returned to the race in 4th place. 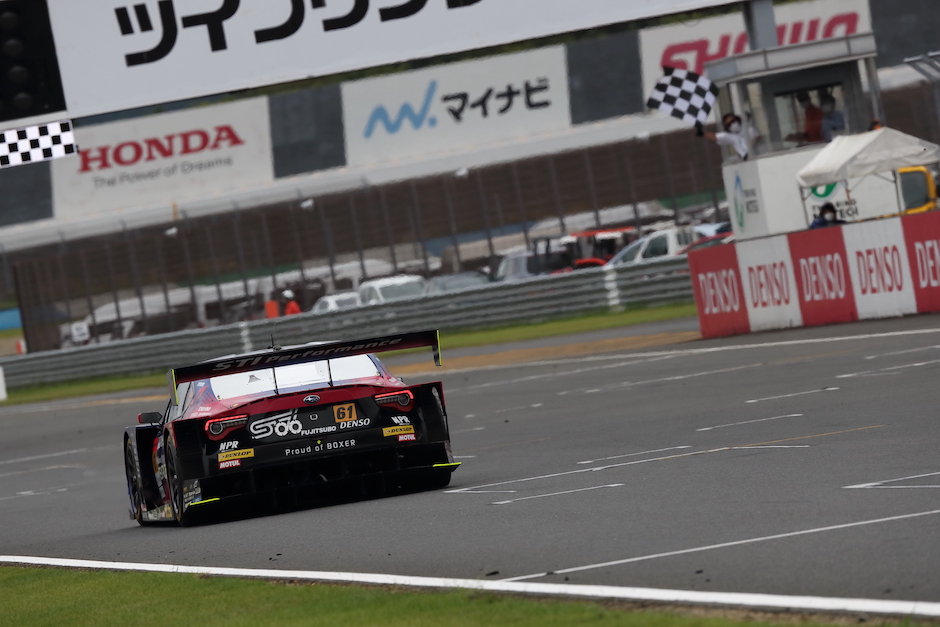 Takuto Iguchi
"Because the front was used and the rear was new tires, the front and rear balance was different, so it was a little difficult to ride, but once I got used to it, I was able to return to the lap time, so it was good. I was able to run, but from the last 10 laps, the front tires became strict, and I was asked to change the brake balance wirelessly, which made it easier to ride again. I was able to return to 4th place, but With four laps remaining, the machine that was running in 2nd place retired, so I was fortunate to be able to climb the podium in 3rd place. ”

Responding to morning troubles, jumping up Yamauchi, stickiness of Iguchi, and strategy all meshed. It was a race. 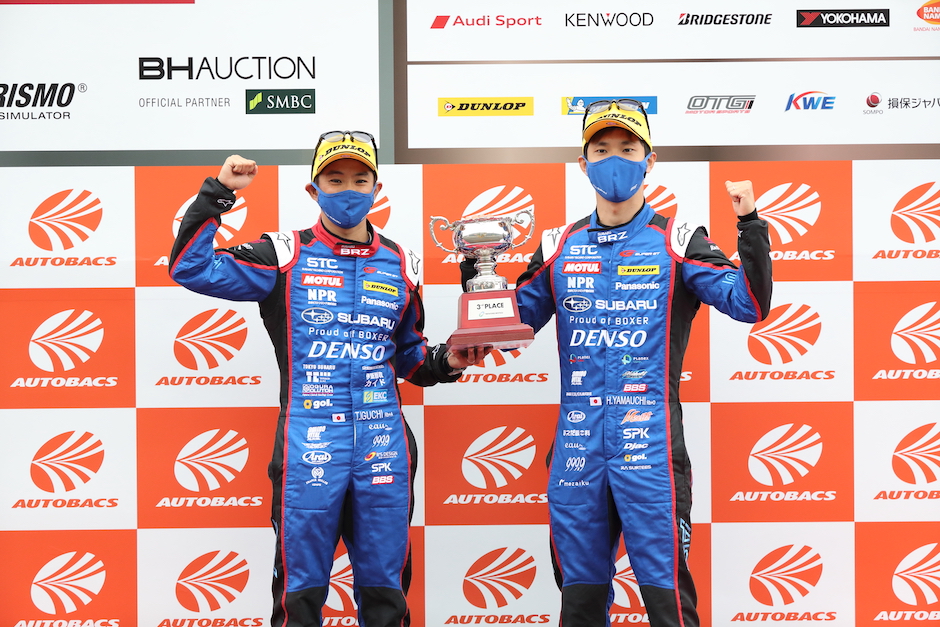 Director Makoto Shibuya
"It's the best result. I think it's good that we were able to catch up from 4th place in the qualifying with this weight handicap. Next is Fuji, but even if the weight increases I feel like it's okay (laughs) We also have specials, so I'd like to do my best, please look forward to it. ”The

next SUPER GT Round 5 will be on Fuji Speedway on Saturday, October 3rd. It will be held on the 4th (Sun). It will be held with spectators from this race, but the capacity is undecided at this time. Corona measures are still needed, but please support the SUBARU BRZ GT300.
Where's Tarka?

Lucky to inherit 3rd place after Runup GTR had an issue with 10 laps to go .

3rd in the championship now .
http://www.visitjapan.jp/en/