Menu
Log in
Register
Install the app
You are using an out of date browser. It may not display this or other websites correctly.
You should upgrade or use an alternative browser.

SUBARU BRZ GT300 Once again, I was at the mercy of the safety car and finished 5th​


The SUPER GT series round "FUJIMAKI GROUP MOTEGI GT 300km RACE" will be held at Twin Ring Motegi in Tochigi Prefecture on Sunday, November 8th, and the SUBARU BRZ GT300 will start from pole position. 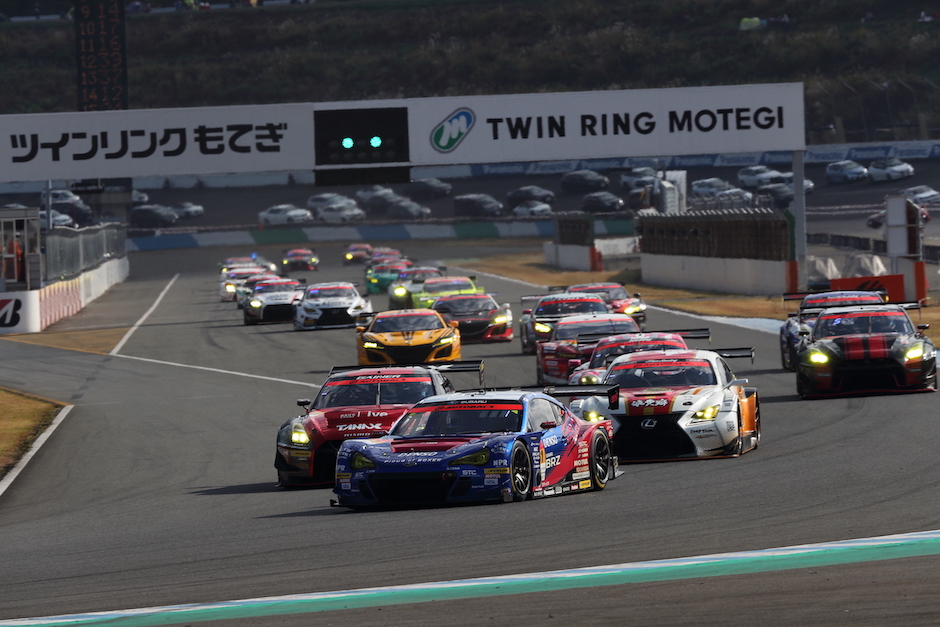 With expectations for the championship growing, Hideki Yamauchi, the start driver, will run fast at the top. However, due to the intervention of the safety car following the previous race, the lead time was lost and the ranking dropped.

Immediately after the start, Yamauchi made a series of good times and widened the gap every week to 2nd place and below. At the end of 10 laps, he made a 14-second lead in 4th place and below, and the battle was narrowed down to the top three cars. However, on the 21st lap, a safety car will be introduced due to an accident of another car. At this point, he had a big lead in car No. 360, which was in second place, but he would lose everything. 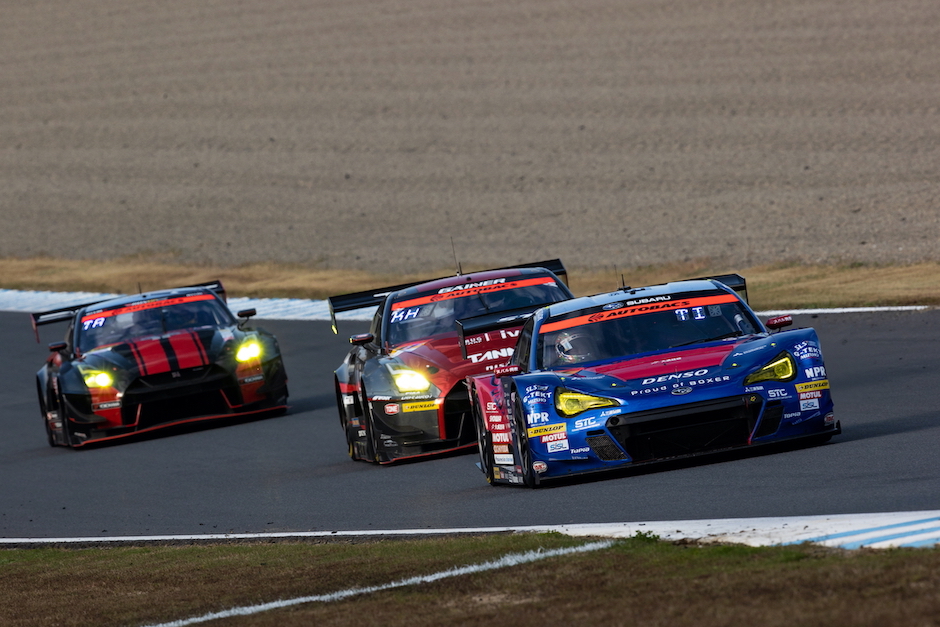 It will be restarted on lap 26, and the SUBARU BRZ GT300 will make a pit stop on lap 29 to change drivers. In the race, cars 56 and 4, which had already completed the pit stop before the SC entered, will make a big lead, and Takuto Iguchi will return to the course in the 5th position, competing for 4th place.

After that, car No. 18, which runs in 3rd place, received a drive-through penalty, so the situation changed to the battle for 3rd place. The BRZ GT300 will compete with Car 52 for 3rd place from the pit out to the end of the race. However, he was pushed by the 11th car running in 5th place and suffered a painful spin. 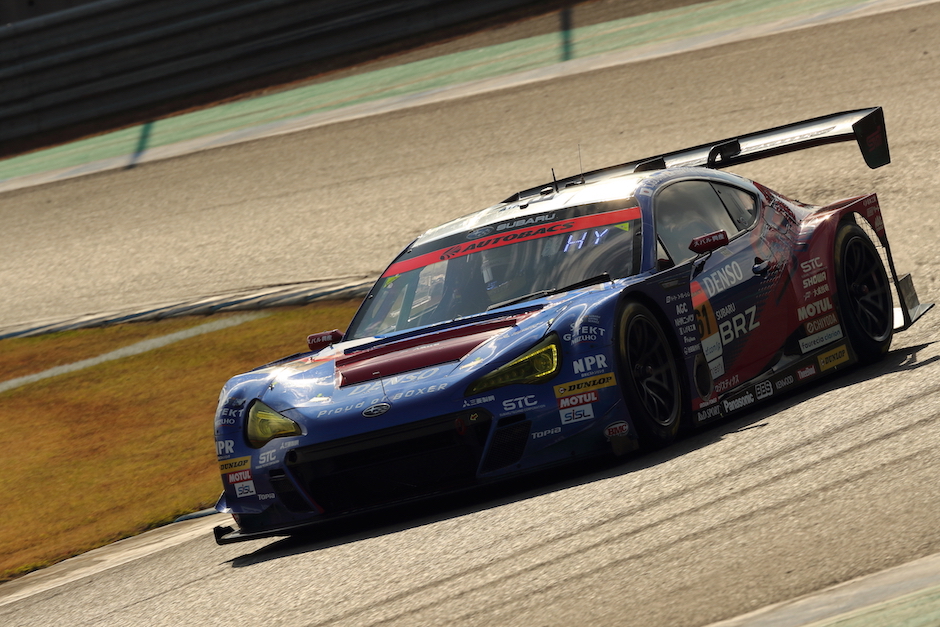 Iguchi will return to the course immediately, but will drop to 6th place. Also, during this accident, I was overtaken by Car 360. The race will continue to reach the goal in 6th place, but due to the penalty imposed on car 11, the result was 5th place finish.

Hideki Yamauchi
"What should I say? I was running at the top with good performance, but I can only say that it was a disappointing result. But the BRZ GT300 has high fighting power, and there were no mistakes in the driver or pit, so The performance is high and the speed is high, so I haven't given up yet. " 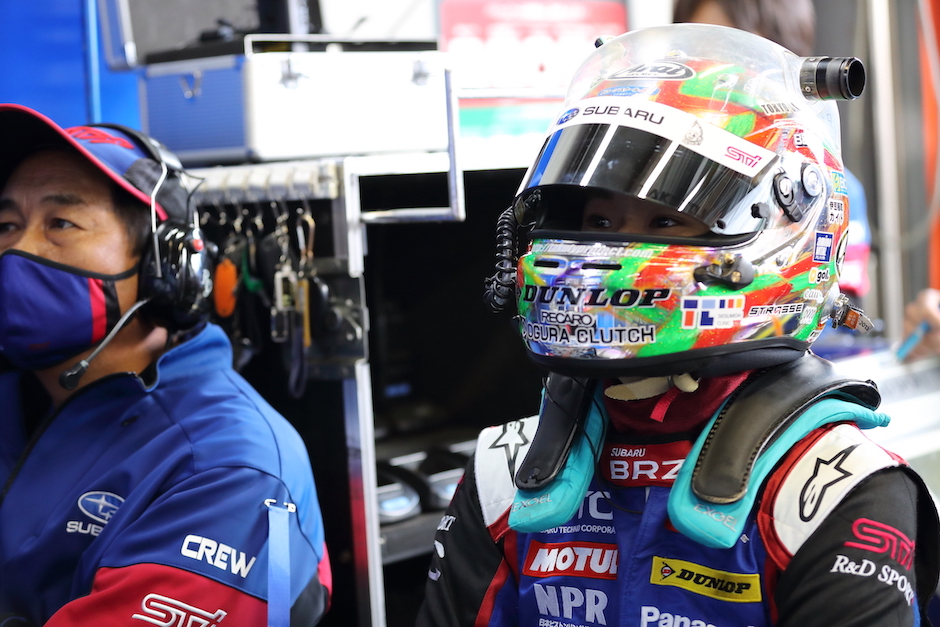 Takuto Iguchi
"I 'm sorry that I missed the chance to win two races in a row, and I'm sorry that I was able to aim for another one in the second half. The race development was very difficult, so I think it was good to get points among them. It's a shame that both the fans and us can't get the result, not because of ourselves, in response to "Yosher, we can win", but the BRZ now has overwhelming performance. So I will do my best without giving up until the end. " 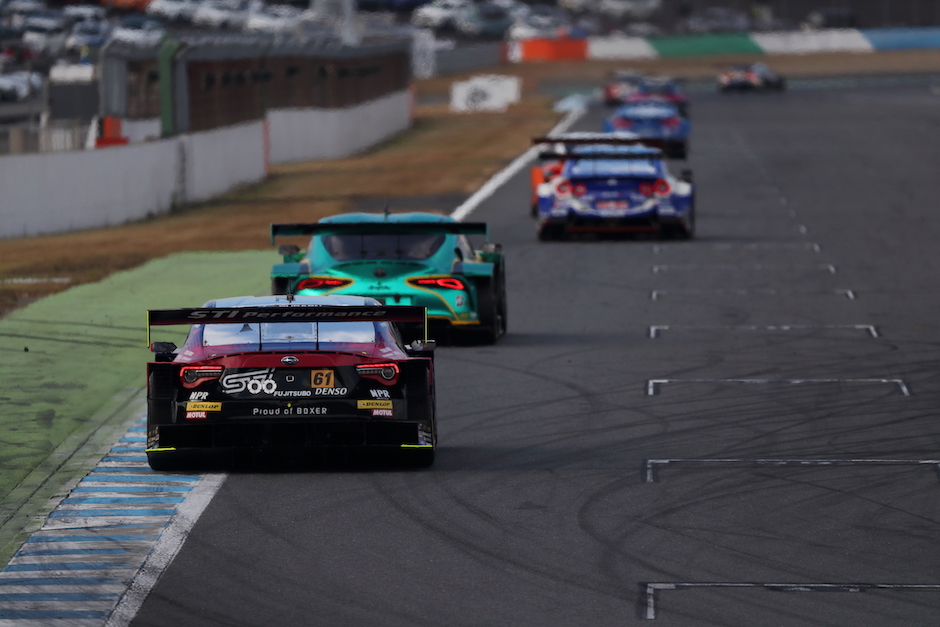 General Manager Shibuya
"There is no luck. I was wondering if this might happen, and everyone on the team shared what to do if a safety car was introduced. However, that is something that can be managed within the scope of gambling. , because this case was faster than its timing, was a situation that is not out to gamble. because after this is a final round, it is no other than winning the one to do the other. by all means, thank you for your support "

leave Only the final round, Round 8 "Takanoko Hotel FUJI GT300km RACE" will be held at Fuji Speedway in Shibuya Prefecture on Saturday, November 28th and Sunday, November 29th. Thank you for your support for the SUBARU BRZ GT300, which aims to win this race and become a series champion.
Where's Tarka?